The History of The Bra: A Timeline 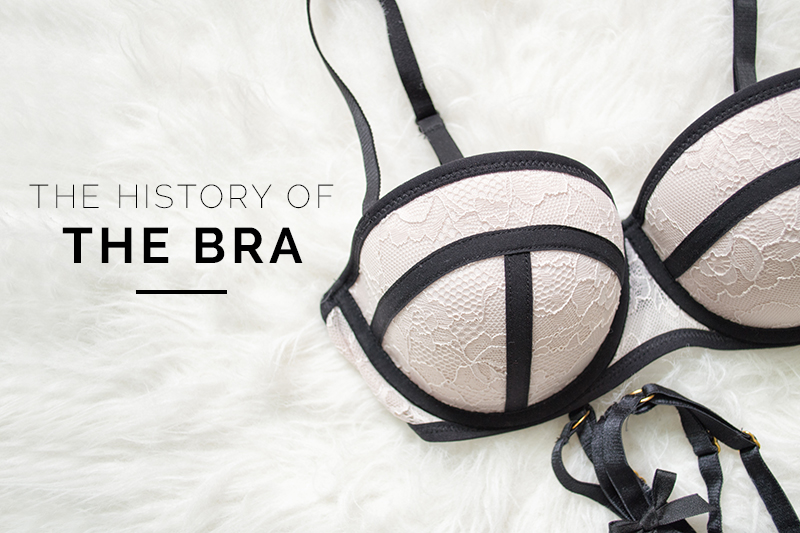 Over the centuries, the bra has come a long way from where it began to where it is now. In this post, you’ll learn all about the origins and journey of this sexy and supportive lingerie staple.

First of all, who invented the bra?

Some historical accounts credit one person with inventing the bra – but in reality, the bra doesn’t have just one inventor. Over the centuries, bra design has evolved from concept to concept and design to design to become what it is today.

Bras have been adapted and influenced by fashion, culture, and sexual tastes of the times. From the bandeau-like strips of cloth worn by athletic women in ancient Greece to the classic underwire bras we know and love today, the bra has gone through drastic changes over the course of history.

The Evolution of The Bra: A Timeline 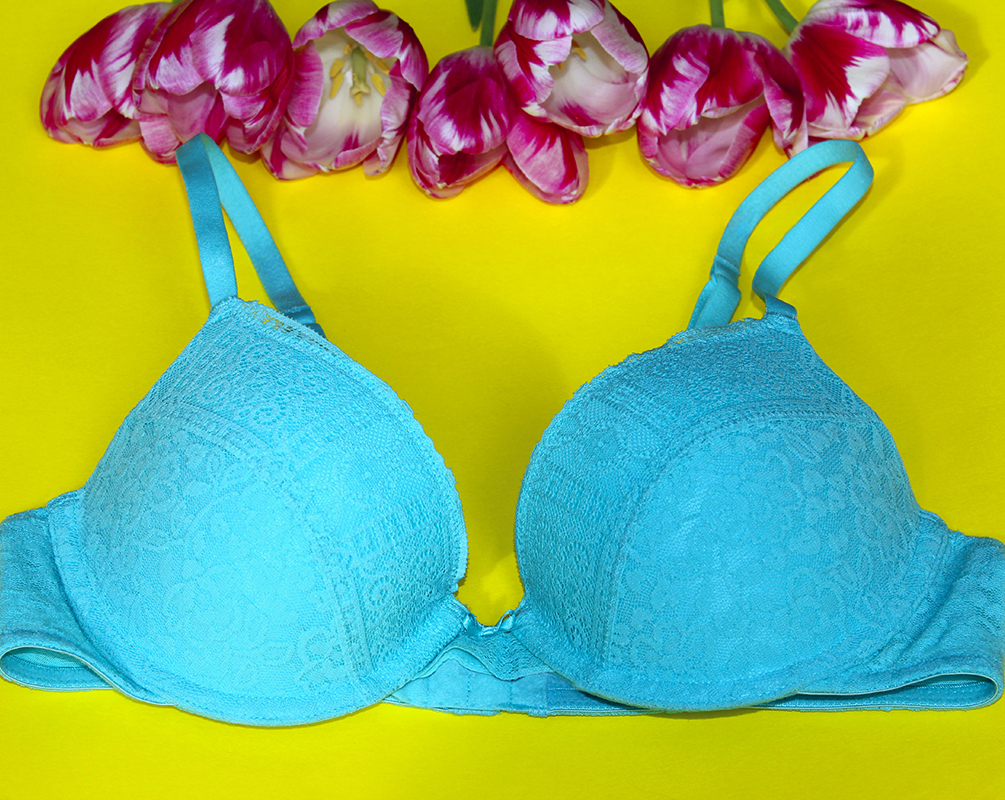 The over-100-year modern history of the bra is full of twists and turns. Here’s a look at how the bra (or brassiere) as we know it came to be.

16th Century: The Rise of the Corset 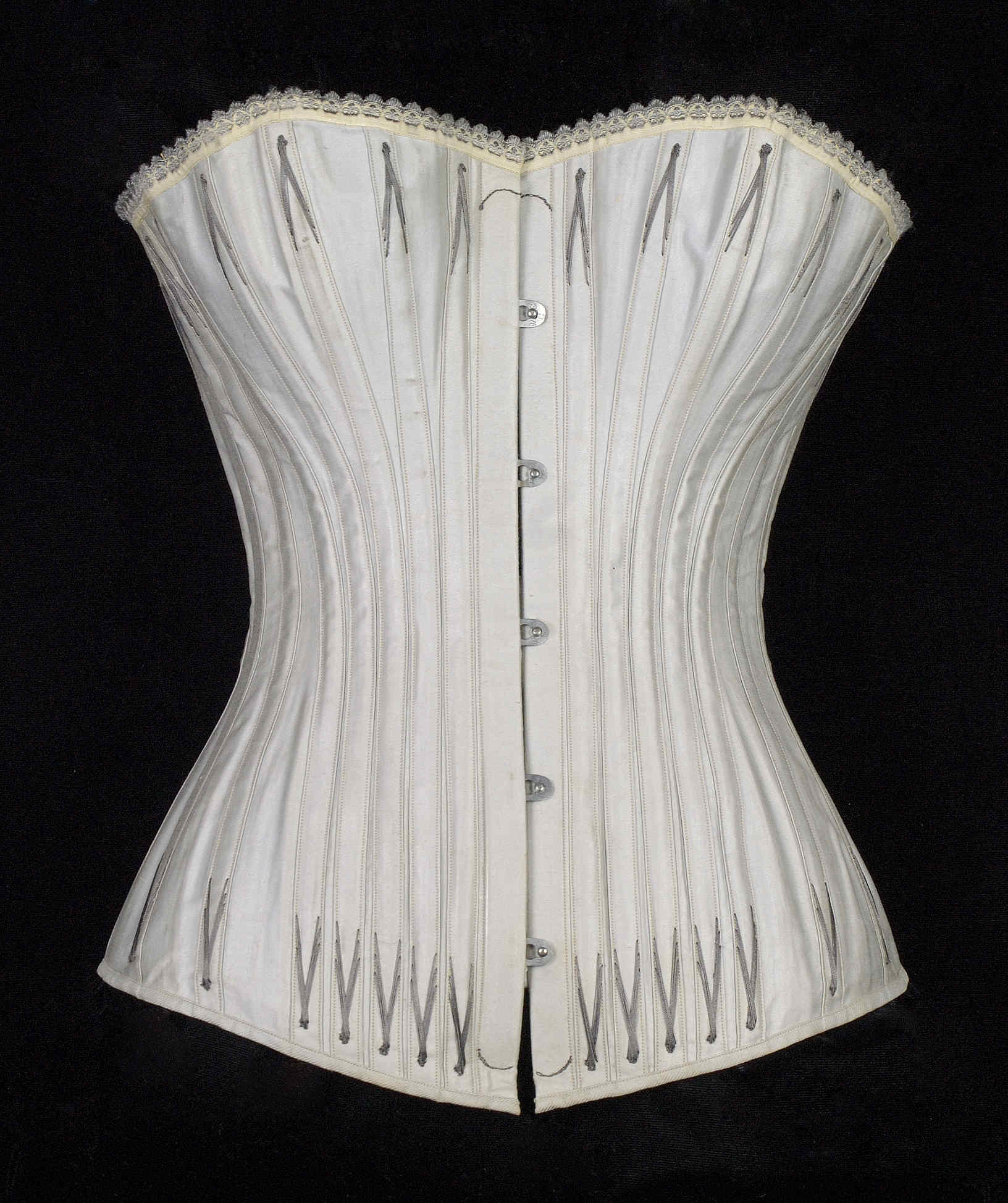 The early 1500s marked the arrival of the corset among women in France. It grew in popularity as an undergarment that helped give women what was considered to be the perfect figure: the inverted cone shape. At this time, most corsets had a long piece of wood or whalebone sewn into the casing.

The early corset pushed the breasts up and together, causing the tops of the breasts to spill out of the tops of dresses for a shelf-like bust effect. The corset would live on as a popular woman’s undergarment for nearly four centuries.

French designer Herminie Cadolle cut a corset in two, creating two separate undergarments. The top section supported the breasts by means of straps, while the lower piece cinched and shaped the waist.

The word “brassiere” is first coined by American Vogue, referring to the top section of Herminie Cadolle’s split corset. By 1911, the word was added to the Oxford English Dictionary.

1914: The First Modern Bra is Invented 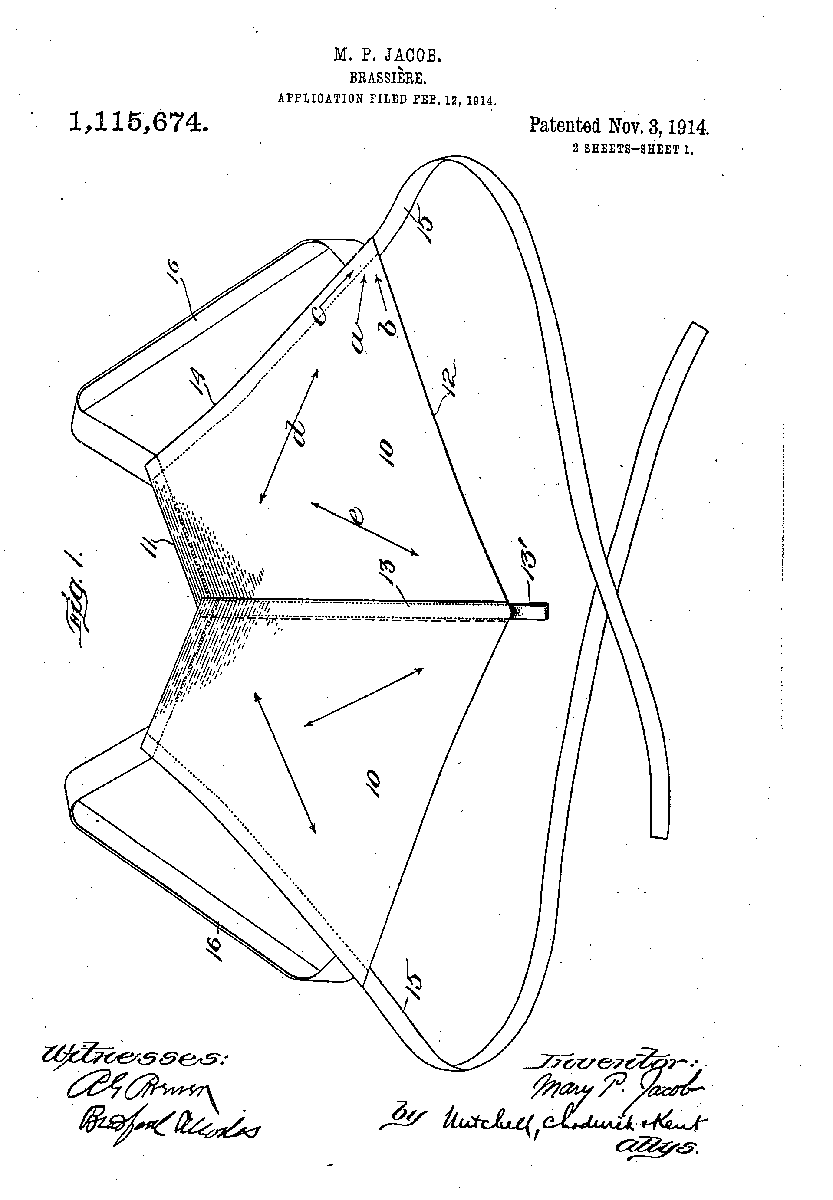 Interestingly enough, World War I caused a steep decline in corset use in the United States. The U.S. War Industries Board asked women to stop buying corsets to free up the metal for war production. Reportedly, this saved about 28,000 tons of metal, which was then used to create two battleships.

Women were also entering the workforce in great numbers at the time and the stiff and constricting corset wasn’t considered practical or appropriate to wear to work. 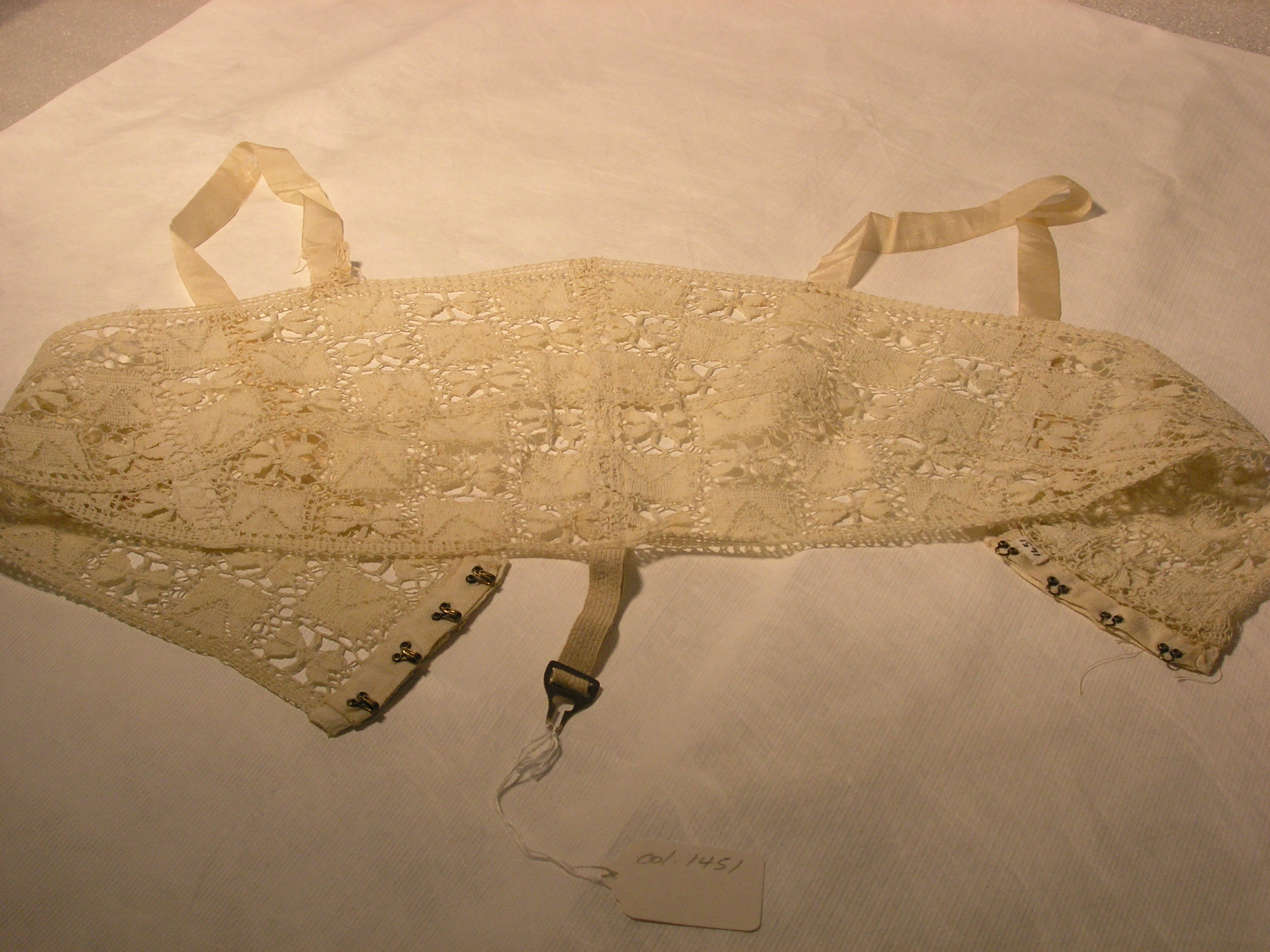 Smaller-chested and slender-figured flappers took over the fashion scene during the Roaring Twenties. And instead of corsets, they opted for tight bandeau tops that flattened their breasts and gave them a more “boyish” silhouette.

In the 1930s, brassieres became known as “bras,” and production had ramped up considerably. It was during this time that S.H. Camp and Company created the first cup sizing scale, which correlated the sizes of women’s breasts to different letters, resulting in the A, B, C, D scale we still use today. This allowed bras to evolve from one-size-fits-all to a better fit.

In 1947, Frederick Mellinger, the man behind the famous brand Frederick’s of Hollywood, introduced the first padded bra. About a year later, he released the first push-up bra. This changed the face of fashion and what was considered sexy for years to come. 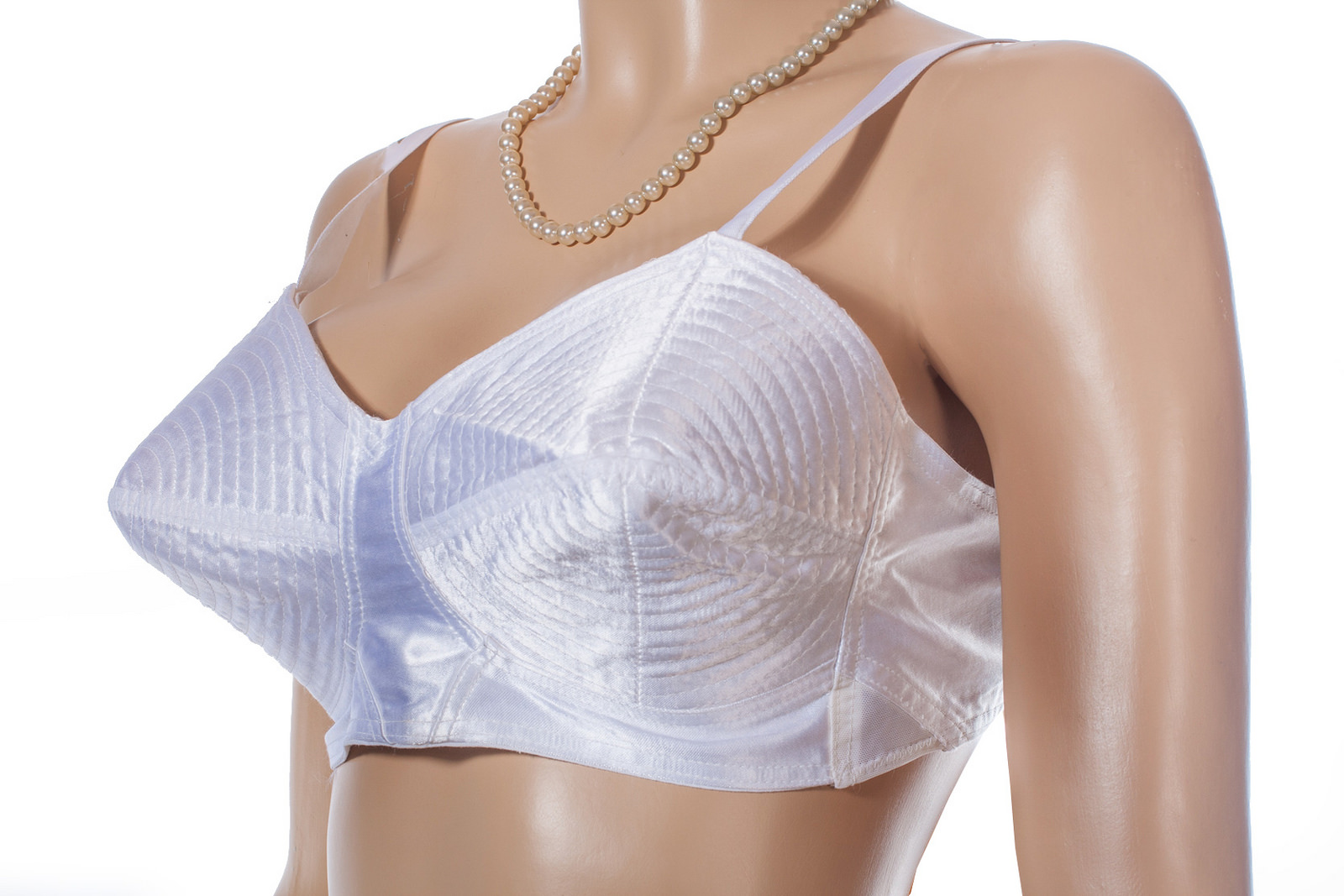 1964: The Wonderbra is Invented

Designer Louise Poirier from the Canadian company Canadelle created the first ever Wonderbra in 1964. Although it was created in 1964, it wasn’t widely popularized until the 1990s. 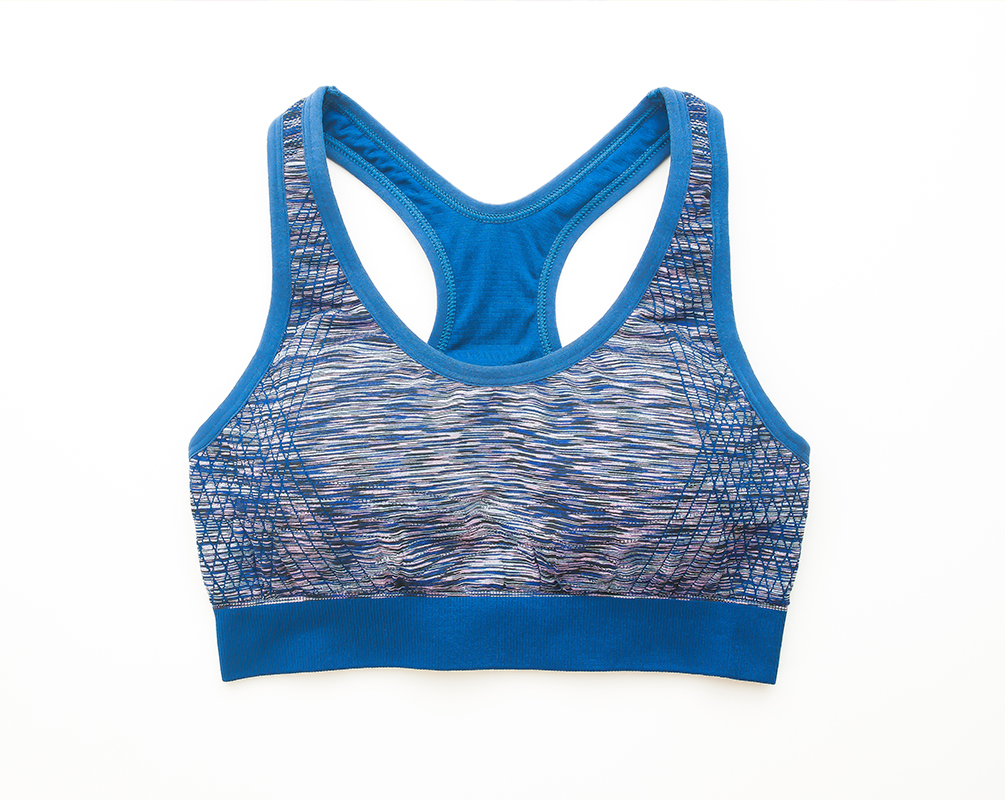 As fitness became more popular, women needed a bra with more support. This is when the first sports bra – called the “Jogbra” — hit the scene.

The Smart Memory Bra, the first memory foam bra, was created in 2009. The cups of this bra are made from high-tech memory foam that conforms to the shape of your chest and reacts to body temperature and moves as you move.